Thanks to the Butterfield Park District, Glen Ellyn is going to receive some additional green space in the form of a new park at the corner of Rt. 53 and Butterfield Rd. Named Glenbriar Park, the lot is still in the early stages of construction but hopefully it will be ready for the warmer months. Early plans show a lot of potential for a variety of activities so this is something I will be looking forward to as spring turns to summer.

Here’s a look at how the site will be developed… 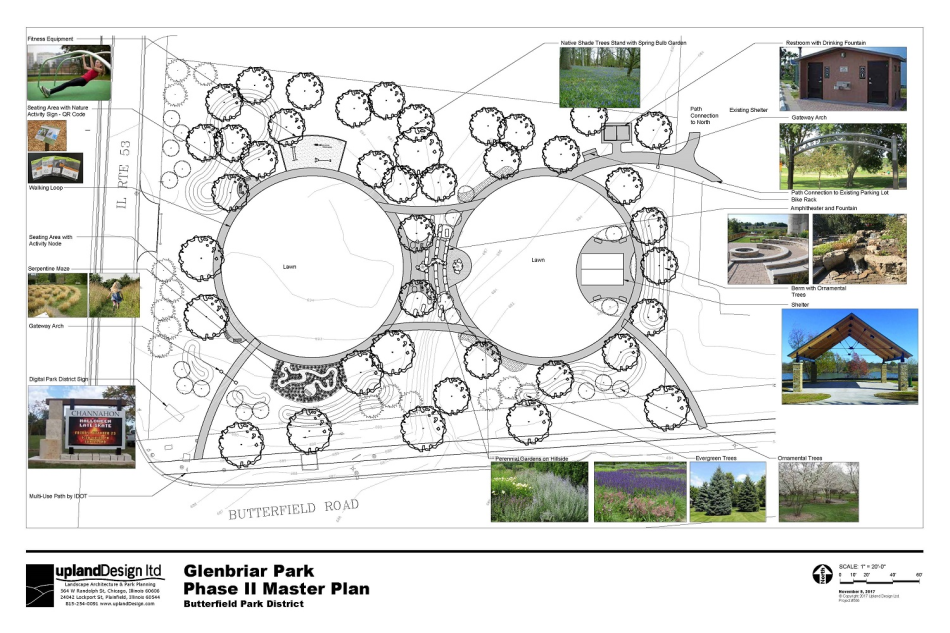 The first interesting item I see is the inclusion of fitness equipment at the top of the western loop, something you don’t always see at a park. In between the two large  looping walking paths will be an amphitheater and fountain, which sounds fancier than I initially expected. On the far west side of the park will be a seating area with a nature activity QR code for scanning, while on the bottom side of the west loop will be another seating area with an activity node. The last interesting item on the western half of the park is a “serpentine maze” which could be a fun activity for kids.

Moving to the east side, there will be ornamental trees, evergreens and perennial gardens on a hillside. There will also be a shelter on the east end, as well as a restroom and drinking fountain to the northeast. Gateway arches will welcome visitors from the southwest and northeast entrances, with the northern path connecting to the existing parking lot. In all, the plans for this park are much more creative than I had originally imagined.

The site for this new park is much larger than it may appear on the map, and the surrounding area had previously been overrun by invasive species that the Butterfield Park District has been working to eradicate. Some of the species being removed from the site include Honeysuckle, Buckthorn, Teasel and Mulberry. These invasive plants crowd out vegetation while also releasing chemical compounds that impede the growth of other plants. This eradication will have the added benefit of preventing those species from spreading any further and harming surrounding neighborhoods.

Species that the BPD is looking to maintain are White Oak, Black Walnut and Hackberry, which have been marked on the site to stay. Once cleared out and replanted, the lot should be an attractive green space to view from the street as well as an inviting new area to take a walk and enjoy some fresh air.

From the Butterfield Park District:

“Be assured that we will keep as many of the strong healthy trees as possible as we create a beautiful new recreational experience for our community. Please keep these environmental factors in mind as you see the changes we are making to develop this new park, as well as when you visit any of our park’s native areas.” 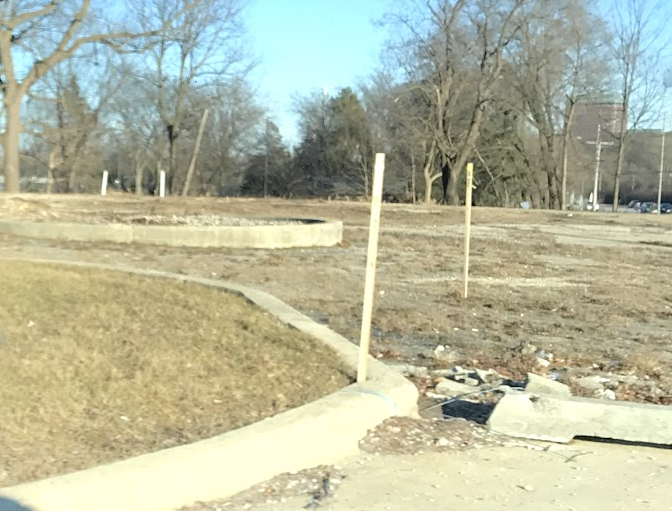 1 comment on “New plans for Glenbriar Park at Rt. 53 and Butterfield Road”