May is absolutely flying by, and it’s just not right. As quickly as glorious May replaced gloomy April, that’s how fast it feels this month is moving and I don’t like it. What I do like is how amazing is it that mid-70’s weather has turned into the new normal for us after suffering through the longest winter I can remember.

This is the kind of weather that a rooftop dining experience is meant for, something that I’ve been excited about for almost two years now as we’ve patiently waited for Two Hound Red Microbrewery to finish construction and open their doors at the former Schmid Pharmacy building.

With a few delays along the way, the developers are slowly but surely inching their way to the finish line and I cannot wait to enjoy a rooftop cocktail with a prime view of downtown on a warm summer night. While previous reports had Two Hound Red opening this spring, it is now firmly projected to open this summer.

Meanwhile, on the other side of downtown Glen Ellyn, Sushi Ukai and Nobel House look to be suffering from a similar fate. While originally expected to open this spring, according one of the builders on the project there have been delays which may push the opening back into the middle of summer. When I asked about the projected open date “One Man, One Project” on Facebook replied, “We hope mid to end of July, a few open items are causing possible delays.”

One Man, One Project is also sending out some play-by-play of the construction, here’s the latest HVAC work being done: 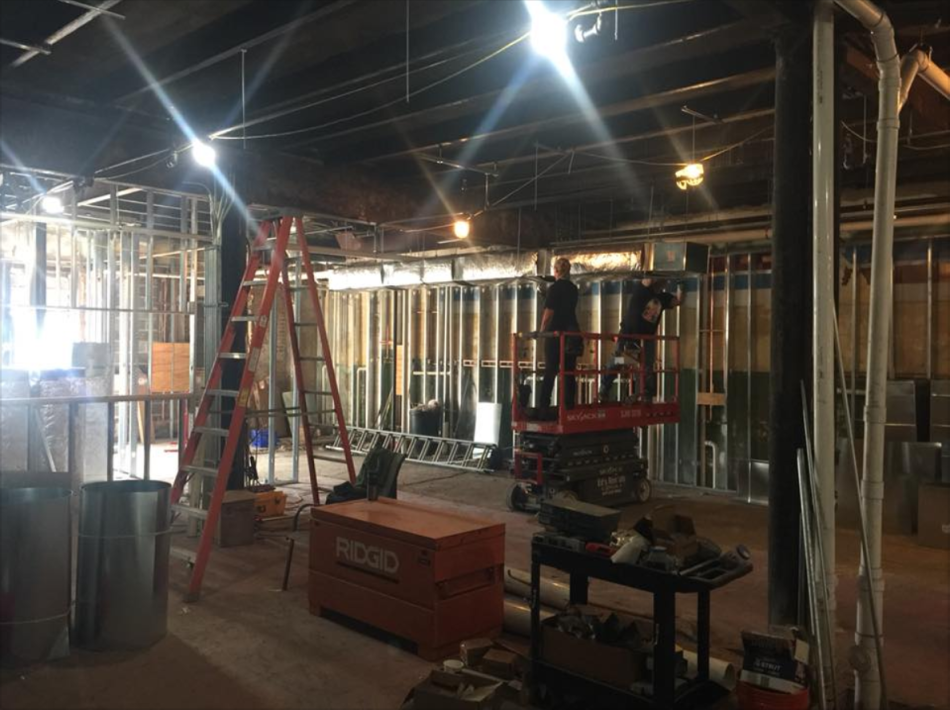 With both restaurants operating out of the same building, I’d expect that this delay would apply to Sushi Ukai as well.

Sushi is hit or miss with some people, but personally I’m excited to see what Ukai will bring to the table. Having a go-to sushi restaurant would fill a hole that’s been left in my stomach ever since moving from Chicago back to the suburbs. I’ve heard good things about Hokkai Sushi in Pickwick Place but have never been, and I’ve enjoyed Kyoto Sushi in Downers Grove, but having a quality sushi restaurant in downtown Glen Ellyn is something I’m looking forward to (hopefully) having.

While it feels as though the last thing downtown Glen Ellyn needs is another restaurant, both establishments will be filling current voids. For Sushi Ukai the void being filled is obviously a downtown sushi restaurant. For Nobel House, the void they can potentially fill is to become the go-to downtown brunch venue on the weekends.

For a sneak peak at what to expect on the brunch menu, here’s what they currently offer:

All three new restaurants will bring something new to the table, and that’s exciting for the burgeoning dining scene in downtown Glen Ellyn.