The roadwork has been never ending this summer, and apparently it’s going to get worse before it gets better.

Roosevelt Road is the latest victim, as the Illinois Department of Transportation has begun work to resurface the road and fix sidewalks from Nicoll Way in Glen Ellyn down to Pierce Avenue in Wheaton. We should expect the lane closures to be during the convenient hours of 8:30 AM to 4:30 PM and last until November. 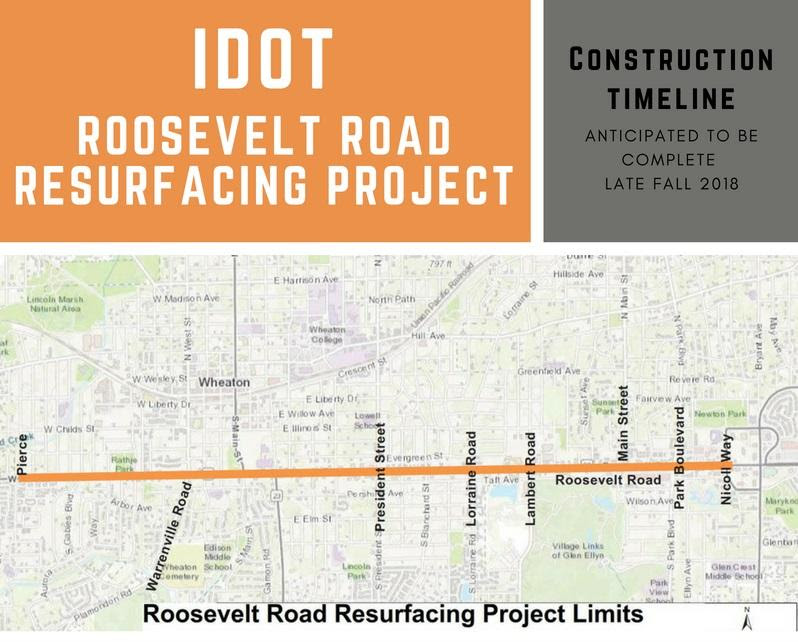 If you were hoping that the Park Blvd. construction would be coming to an end soon, I have some unfortunate news. According to the project timeline, traffic from Roosevelt to Fairview will continue to be northbound only through November.

This isn’t too terrible though, as the intersection at Park and Fairview is often backed up and now my favorite shortcut to get to Roosevelt is even more viable, which is taking Summerdale down to Parkside. This also avoids the light at Park and Roosevelt which is perfect if you’re continuing to go west, and ideal if you want to quickly hop into the Pot Belly drive-thru.

The good news is that the roadwork on Park from Fairview to Crescent has been completed. Here is the full roadway construction project timeline: 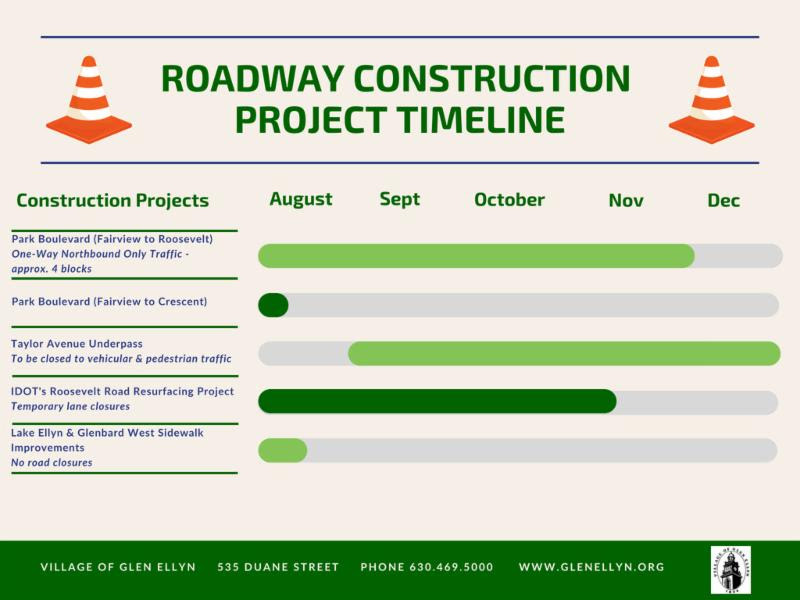 With Park being incapacitated for the better part of the summer, my favorite detour coming from the south into town has been taking Bryant down to Walnut and then into the Taylor Avenue underpass. However, starting on August 13 the underpass will be closed down as work begins to build a new pedestrian tunnel. Here is a rendering of what the new pedestrian tunnel should look like.

I’m not sure why there’s a nun on a bike in this picture but the thought puts a smile on my face, so thank you to the artist who made this.

A pedestrian tunnel closer to the Metra station may have been nicer for daily commuters (and hopefully that’s still in the works), but a tunnel at the Taylor underpass is a huge quality of life upgrade for drivers, bikers, walkers and runners alike.

I can’t imagine what it’s like to take a large SUV through that underpass, and according to Katlyn Smith of the Daily Herald, the fire department currently needs a spotter in order to get a firetruck through. Not exactly what you want to hear if there’s a fire south of the tracks.

The new tunnel will be 12 feet wide, 90 feet long, and will cost roughly $2.7 million, with 80 percent of that being covered by grants.

“We really appreciate the public’s cooperation,” the village’s professional engineer said to the Daily Herald. “We understand there’s a lot of construction going on this year, but this is a project that we’ve worked very hard to get to this point.”

While it will be annoying to continue taking various detours through town, all the construction should be neatly tied up with a bow by the end of December. Glen Ellyn’s own little Christmas present to its residents. Road construction never has any delays, right?